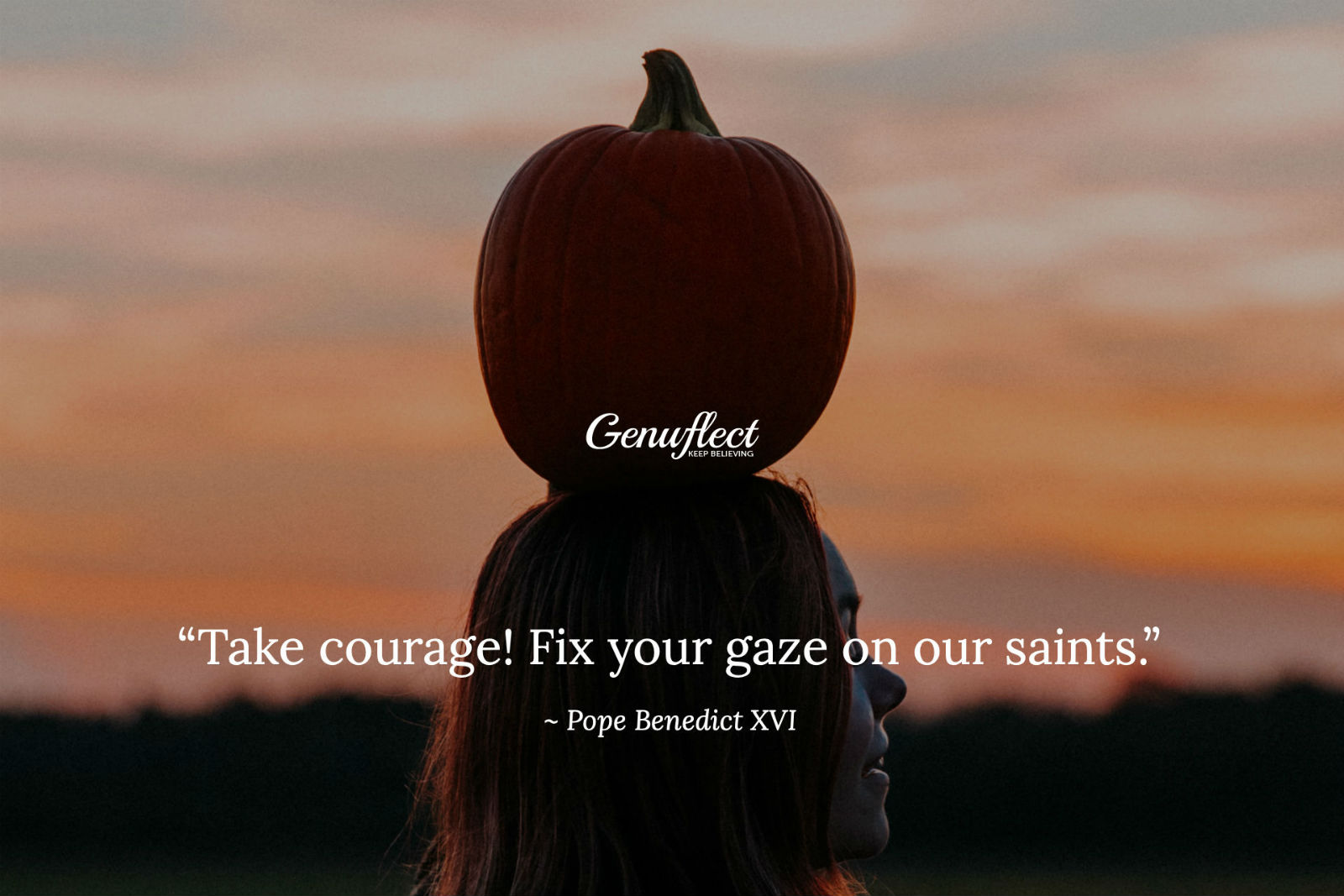 The kids in creative and colorful costumes.

The chocolate. (Yes, I did mention candy twice.)

My neighborhood is pretty busy on Halloween, so I’ll be sitting on my front porch with a cauldron filled to the brim with candy, handing out treats to all the trick or treaters.

And enjoying some candy … more than I should.

Up until 1955, Halloween was an important part of our All Saints and All Souls celebration called Allhallowtide.

I found the history and evolution of Halloween intriguing … and a great way to refocus my celebration.

Though there will still be candy involved.

This week’s Genuflect looks at the origins of All Hallows Eve, the triduum of death we used to celebrate, why it’s okay for Catholics to celebrate Halloween, how it’s celebrated around the world, and the plenary indulgences available in November.

And just a reminder … Friday is All Saints Day … a Holy Day of Obligation. So enjoy Thursday night celebrating our victory over death and demons. And then Friday celebrate the Solemnity of All Saints with Mass.

And I highly recommend candy.

Remember and honor your loved one without worrying about permits, road safety, or inclement weather. Share your tribute with family, friends, and social media. Collect words of encouragement and prayers. Visit anytime 24/7. Add your virtual roadside memorial to the White Crosses map.

The First Halloween Began With an Exorcism

Halloween dates back to the 7th century when it was first celebrated in the month of May. Pope Boniface IV actually got things started when he consecrated a former Roman temple that was previously dedicated to all the pagan gods. An exorcism was held to cast out all the demons before holding Christian worship in the Pantheon, as it became known. Pope Gregory VII later moved the Pantheon observance to November 1 to coincide with All Saints Day where good triumphing over evil was celebrated.

The First Halloween Began With an Exorcism | Aleteia

How All Hallows Eve Became Halloween

Originally October 31 was a Catholic celebration on the eve of All Saints Day. It was called All Hallows Eve and it honored and glorified our Saints. But over the years Halloween has instead become commercialized. It’s the second-most money-making holiday behind Christmas! And it’s shifted to be a pagan celebration that glorifies the devil and evil. Here’s a brief history of the true meaning of Halloween, it’s evolution, and the influences contributing to its current traditions.

How we Moved From All Hallows Eve to Halloween | Patheos

Since Halloween has become so commercialized and focused on scaring people, it’s no wonder that many Catholics question if it’s okay to celebrate Halloween. But the holiday actually originated with the Catholic church. With a better understanding of where it came from, what it actually stands for, and how it can be celebrated properly, it’s a fun way for families to participate in the holiday while honoring their Catholic faith. Here are some ideas to help.

How to Celebrate Halloween Without Dressing Like a Saint

Halloween seems to be all about demons and evil these days and less about God overcoming evil. It’s tempting for Catholic parents to forego the holiday or to require their children to dress up as Saints. But where’s the fun in that? This mom has a couple of ideas for a Catholic celebration of Halloween … and it doesn’t involve Saints costumes.

7 Ways to Keep The “Hallow” in Halloween

It’s not surprising that some Catholics may be frustrated with the secularization of Halloween … it has become a rather pagan commercialized holiday. If you’d like to get back to the Catholic roots of the holiday, here are 7 ideas to consider.

7 Ways to Keep The “Hallow” in Halloween | Busted Halo

The Catholic Church’s Triduum of Death

Not only does Halloween have Catholic origins, but at one time, it was part of a short liturgical season focused on death known as Allhallowtide. The triduum was comprised of All Hallows Eve, All Saints Day, and All Souls Day. In the mid-15th century, Pope Sixtus IV expanded the triduum into a full 8-day observance. Catholics celebrated the triduum of death until 1955 when Pope Pius XII eliminated Allhallowtide as part of a liturgical reform.

The Triduum of Death: The Forgotten Season of Allhallowtide | ChurchPOP

Dia de Los Muertos, or Day of the Dead, is a multi-day celebration popular in Latin America. Though it’s technically not a recognized Catholic celebration, a lot of Catholics do participate … including in the United States. It’s a celebration to memorialize our deceased loved ones and includes setting up a prayer altar in the home, decorations of graves, neighborly meals, and festive parades with bright clothes and face painting to resemble skulls. It’s a fun celebration for Catholics to enjoy, as long as it doesn’t contradict our faith.

Halloween Celebrations Around The World

The US is not the only country who celebrates Halloween, or similar festivities. Here are 12 different ones from around the world, ranging from ones you may have heard of before in Mexico and Ireland to several you’ve likely never heard of like Japan, Cambodia, and India.

12 Halloween-Like Traditions From Around The World | Mental Floss

Halloween is fun to celebrate, as long as we remember the reason for the occasion and keep it Catholic. But it’s a precursor to All Saints Day, a Holy Day of Obligation. Here are 7 ways to make sure that your All Saints Day celebration is even better than the night before.

How to Gain Plenary Indulgences in November

Gain Plenary Indulgences For The Souls in Purgatory This Week! | One Peter Five

Saintly Inspiration on Your Desktop And Phone

Photo by Jordan Whitfield on Unsplash 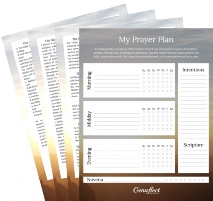